Bigfoot and the Bunny is a couple’s journey into the Mysterious, the Unknown and the Paranormal.. but who are they and how did they get here? They have similar backgrounds but life took them on very different paths.. Chris and Kris BOTH lived in homes that were outwardly haunted as children but the affect of this was different for each.. While Chris’s experiences were indeed scary and, at times, disturbing; Kristen’s was absolutely frightening.. as a young girl she was literally pushed down a flight of stairs by a malevolent angry spirit. This caused her to be turned off by all things paranormal most of her life.. an unusual fact considering Chris has always been drawn to it and involved with paranormal teams and such. The two dated for YEARS without ever doing anything paranormal related together until, in 2019, Kristen’s house had more and more supernatural activity and she finally relented and asked Chris to do some EVP and spirit box work to see if he could find some answers.. He did and the results were amazing from a simple 20 minute session… They captured not one, but TWO clear EVPs and lots of spirit box data.. this would be the beginning of something new and truly exciting between them. Chris began documenting this and, in desperate need of a creative outlet, started the Dark Horse Paranormal Podcast. He put together their data and also interviews various paranormal personalities and launched the podcast.. creating music and and adding production, the podcast gets played around the globe! Having been on other radio shows, he put one together with Kristen and the result is Bigfoot and the Bunny! The name stems from the two of them spending time outside in Chris’s front yard which doubles as an apparent rabbit refuge as families of the friendly creatures live in the shrubbery that divides the property there. On a chilly but clear February evening, the two of them spotted a brilliant red moving light streaking across the sky above- MUCH faster than a jet, yet slower than a shooting star… A rare UFO experience and Chris said to Kristen “the next thing we’ll see is Bigfoot chasing a bunny” … it stuck and would become the name of the forthcoming radio show. Now the two of them spend their time investigating and documenting experiences one could only call the mysterious, the unknown and the paranormal.. It should be noted, that while they don’t advertise themselves as psychics or mediums, they both have backgrounds in witchcraft and the occult.. Clairvoyance, Clairaudience, Necromancy and various other skills are split between them and this has proven to be a gift when investigating haunted and even not so haunted locations.. 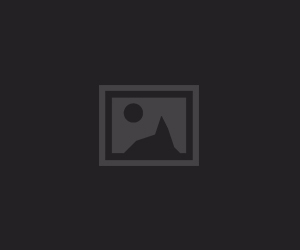